How to reduce fan noise in your Macbook when using OBS

I've been using Zoom + OBS to record my meeting in full HD and the combination of both resulted in the fans going crazy, to the point that you can actually hear them during the video. So I decided to search a little bit and found a few tricks and configurations that, when combined, gave me very good results.

My Macbook Pro 16 has an Intel i9 with 8 cores, and an AMD 5500M graphics card and when both are operating at its peak they generate a lot of heat. But there is a tool that allows you to disable the Turbo Boost in the processor, and that's Turbo Boost Switcher.

Just install it, and disable turbo boost using the icon in the top bar. Disabling Turbo Boost will have an impact on performance, but for everyday use and some tasks, like recoding with OBS, I think it's worth it. Not to mention that it will also increase your battery life. I do however enable it whenever I need to export a video for example. 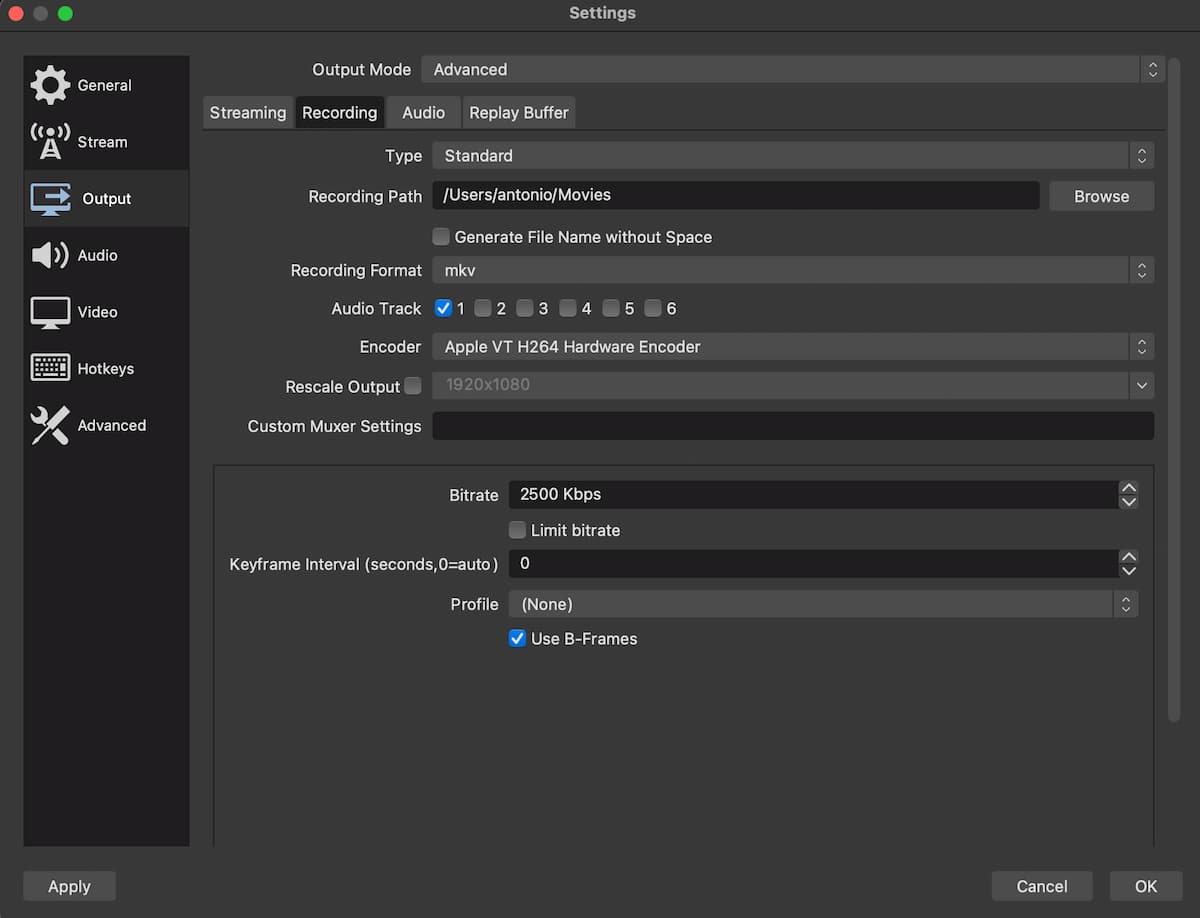 This encoder should be better optimized for Macs as I've noticed a slight reduction in fan noise, although I might say that the generated files are twice as large (around 120MB per 5 minutes instead of 40MB using the default h264 software encoder).

Macs Fan Control is a free program that allows you to set the speed of the fans in your mac manually. I've noticed that below 2500rpms the fans are almost impossible to hear, but obviously at that speed their not able to keep temperatures down if you're running heavy tasks at the same time.

In those cases, bumping the speed manually between 3500-3800rpms is the sweet spot between keeping the temperatures down, and the noise under control. I did a test recording with OBS and after 10 minutes, the temperatures remained below 70 degrees celsius, which is great. 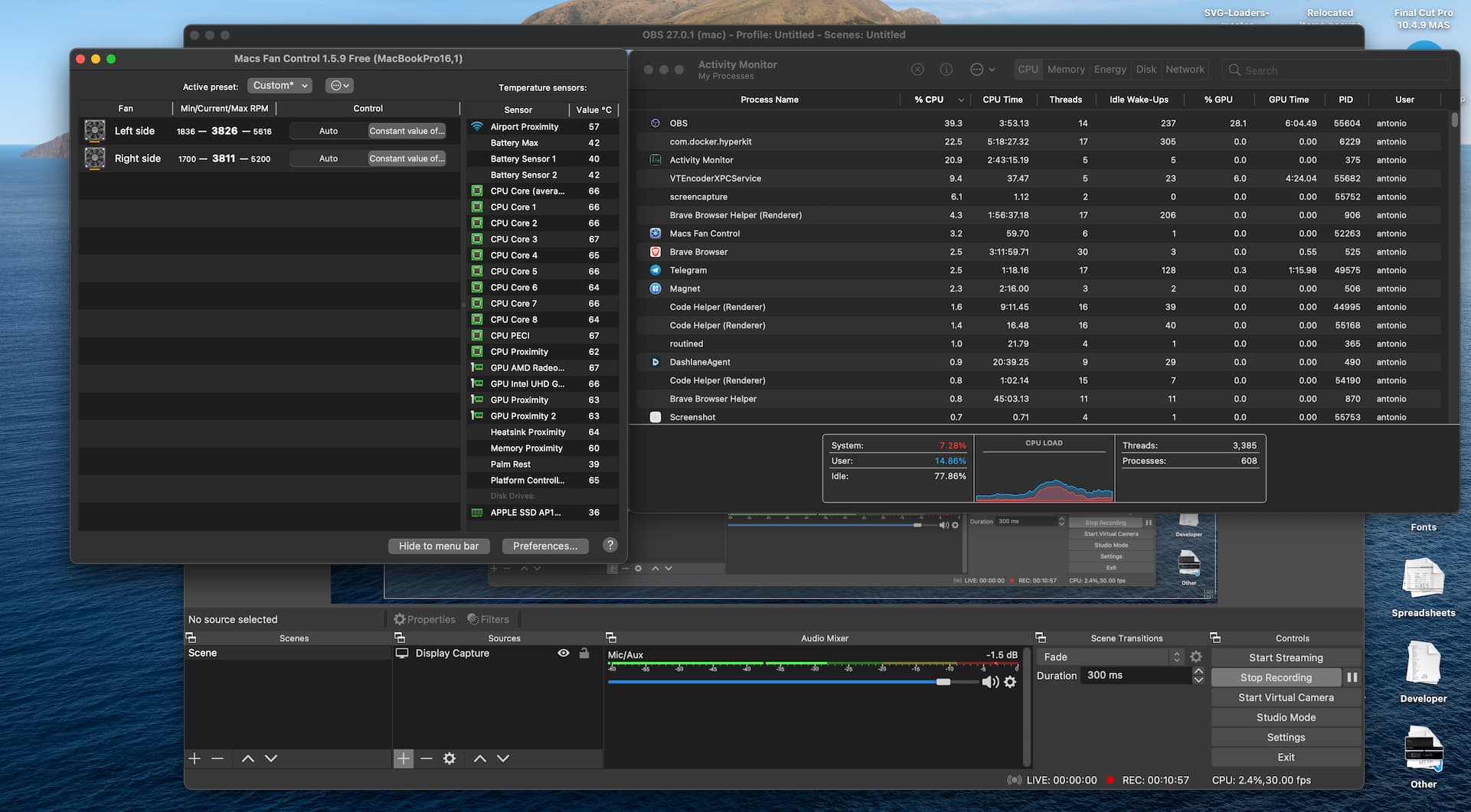 How I'm improving user retention in my SaaS

One of the most difficult problems to tackle when working on your own product is user retention. In this article I explain how I'm trying to solve it in my project named theLIFEBOARD

Easily send emails in Strapi with any provider

Strapi's default email plugin is not the best option to use in Production. There are multiple plugins for different email providers but in this article, I'll show you how to use a plugin that works with any provider.